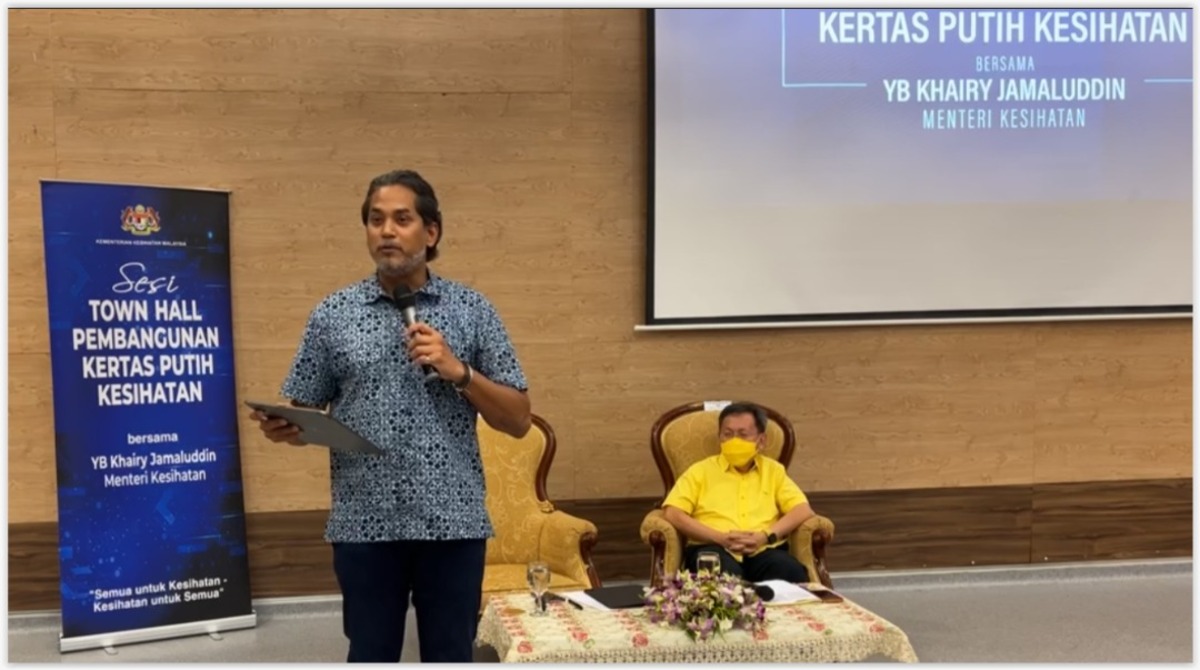 KUALA LUMPUR, September 6 – At the first Health White Paper (HWP) town hall meeting in Kuching, Sarawak, Khairy Jamaluddin acknowledged his concerns over the lack of representation on the HWP Advisory Board.

Doctors, pharmacists and cancer organizations from Sarawak to town hall meeting at Sarawak General Hospital yesterday pointed to the absence of representatives from Sarawak and Sabah, pharmacists, as well as patient groups from the HWP’s 13-member advisory board, which is made up mostly of doctors.

“Within the Advisory Council, yes I have heard comments, there could be better representation; we will definitely take that into account,” Khairy told the town hall in response.

The HWP Advisory Board is co-chaired by former Minister of Health, Dr. S. Subramaniam, and former CEO of the Employees Provident Fund (EPF), Shahril Ridza Ridzuan. Ten of the 13 board members are physicians.

Dr Ong Eng-Joe from the Sarawak Malaysian Medical Association and the Sarawak Private Medical Practitioners Society told Khairy during the town hall question and answer session that the professor of public health and epidemiologist at Universiti Malaysia Sarawak, Professor Andrew Kiyu, is very well qualified to be a member of the HWP Advisory Board.

“There is no representation for pharmacists, who are part of the health partnership in Malaysia. We are not represented. We need some pharmacists on the advisory board,” she told the town hall.

The president of the Society of Cancer Advocacy and Awareness Kuching, Chris Cheng, who is a cancer survivor, noted the lack of patient representation on the HWP advisory board.

“There are many patient organizations; the voice of patients must be heard,” he told the town hall.

“Here most are academics, most are doctors, but I don’t think there are many patients here.”

“Before presenting this to Parliament, I want this white paper to go through a thorough stakeholder engagement. I am proud that the first town hall is here in Kuching, Sarawak,” Khairy said during the two-hour town hall session yesterday.

$209.13 million growth in microloan market size due to increasing adoption of advanced technologies in microfinance