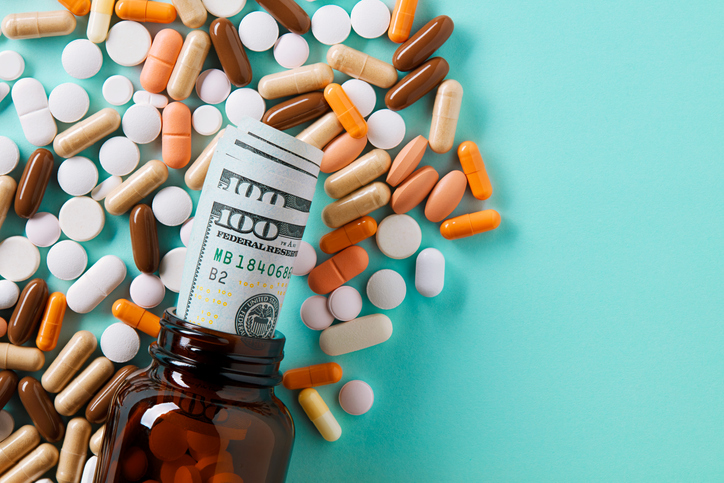 Most rheumatology providers are familiar with the following frustrating scenario: after spending months or even years stabilizing a patient’s autoimmune disease and finding a therapy that works really well for them, they run into the problem to determine how the patient will be able to afford their medication. We are encouraged by President Biden’s acknowledgment of these challenges in his State of the Union address. In reiterating his call for lawmakers to rein in high drug prices, President Biden is taking a strong stand on behalf of the more than 54 million Americans with rheumatic disease.

Even with good insurance coverage, astronomical drug prices make it difficult for many of our patients to afford treatment. In 2019, an American College of Rheumatology (ACR) survey of people with rheumatic disease found that the median annual out-of-pocket treatment cost was $475. A year later, a subsequent survey of patients found that reported outlays had more than doubled — to $1,000 a year. More than a quarter of patients paid more than $2,000 a year out of pocket.

High drug prices are also a major contributor to rising insurance premiums, cost sharing and deductibles. This additional financial burden has been associated with an increase in the number of patients delaying care, dropping out or forgoing treatment altogether – which risks causing flare-ups, disease regression, permanent disability and even premature death.

Ultimately, high drug prices directly harm our patients. It is therefore incumbent on all providers to continue to advocate for reforms that will bring these costs under control. The ACR’s 2022 health policy statements articulate a range of potential solutions that would significantly reduce drug costs for patients and decrease associated barriers to accessing treatment.

First, the ACR supports policies that limit patient out-of-pocket costs. The Build Back Better Act proposes a cap on monthly cost-sharing payments for Medicare Part D beneficiaries as well as an annual cap on all out-of-pocket drug costs. These policies would go a long way to ensuring that those who need specialty medications are able to afford them.

Second, policymakers must rein in pharmaceutical benefit managers (PBMs) whose practices inflate drug list prices and stick patients with higher copays and cost sharing – creating unnecessary and incremental barriers to drug access. treatment first. As intermediaries working on behalf of insurers, PBMs make additional profits from the savings they are supposed to pass on to patients. Insurers who contract with — and often own — PBMs then turn around and raise barriers to access in the form of pre-authorization requirements and step therapy.

Nearly half of respondents to the 2020 survey said they needed prior authorization to access treatment or were forced to try drugs other than those prescribed to them as part of therapy required steps before you can receive the prescribed treatment. These practices, which put insurance company bureaucrats between patients and the treatments prescribed by their doctors, have been linked to delayed care that leads to poorer health outcomes.

Finally, policymakers should allow Medicare to negotiate drug prices with pharmaceutical companies. The United States is unique among developed democracies in being unable to negotiate prices directly with manufacturers. In the absence of generic or biosimilar competition, manufacturers have little incentive to lower prices over time, and in fact the rate of annual price increases has often far exceeded the rate of inflation.

To ensure that Medicare price negotiation creates real savings and better access for our patients, it must be implemented in a way that reduces the real cost prices drugs, rather than simply reducing reimbursement to providers who administer them to patients. Past proposals, such as the Trump administration’s most favored nation model, would have dramatically reduced reimbursements to specialists who administer Part B therapies in the hope that this would motivate manufacturers to voluntarily lower prices – therefore restricting patients’ access to treatment while doing little to address the problem. root cause of high prices.

Similarly, the most recent proposal to make its way through Congress as part of the broader Build Back Better Act, also risked the unintended consequence of placing providers and their patients in the middle of the proposed negotiation between Medicare and drug manufacturers. medications. In December, the CAB joined two other trade associations in proposing a solution that would exempt Part B refunds from escrow. We support this proposal as a solution that would protect our patients’ access to Part B treatments while reducing costs for everyone.

As a specialist organization of rheumatology providers, RAC has a responsibility not only to look after the medical needs of our patients, but also to advocate to ensure they are able to access their treatments. and pay the price. Our country has some very innovative pharmaceutical interventions to help patients – it shouldn’t be prohibitively expensive for anyone to get the treatments they deserve and desperately need. Now is the time for Congress to heed President Biden’s call to action and pass meaningful drug pricing reform that addresses the artificially inflated cost of drugs by manufacturers, PBMs and relationships with payer forms.