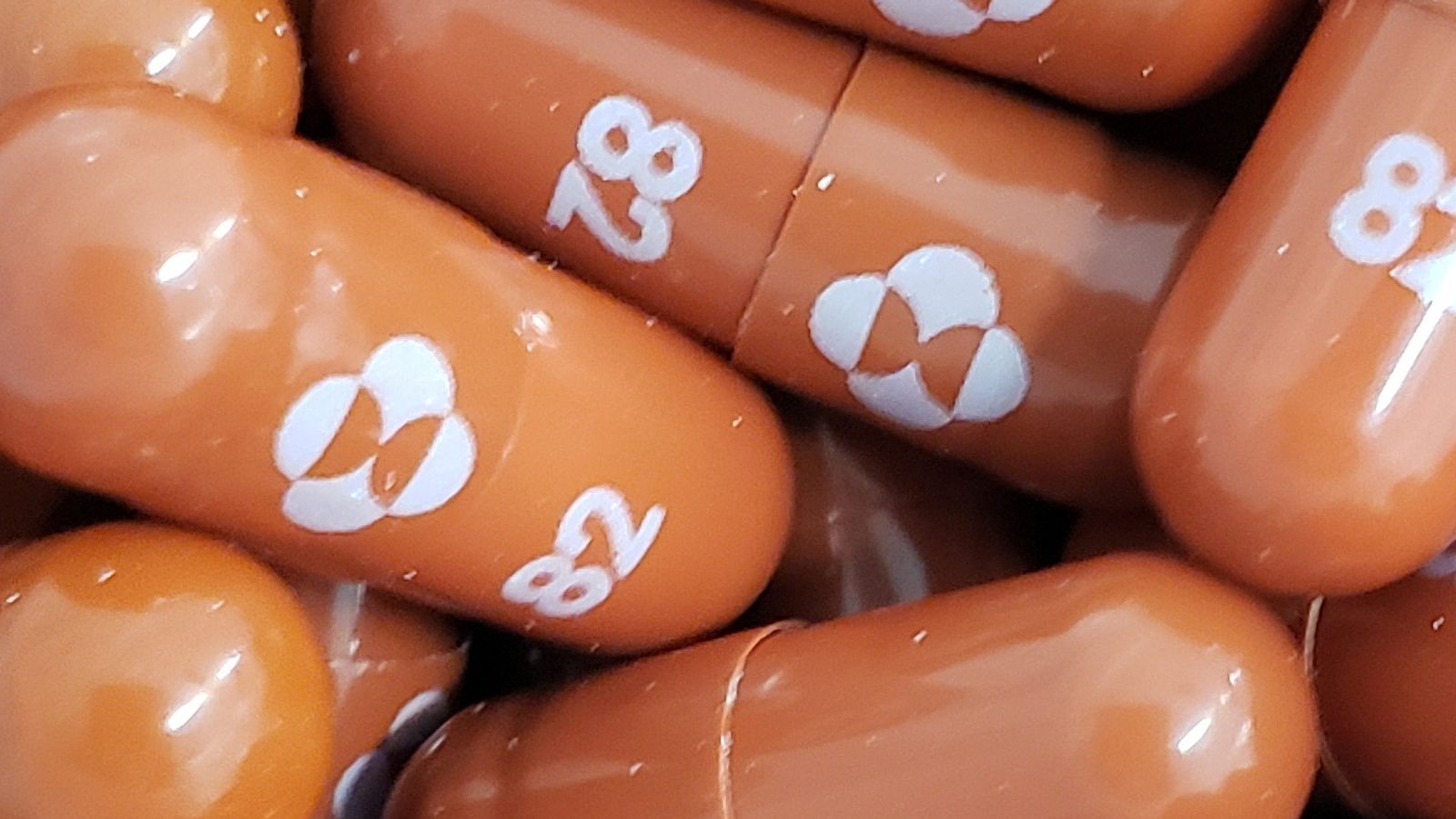 COVID-19: Molnupiravir is a promising and smart drug but we need more information | Scientific and technological news

The prospect of a pill to prevent severe COVID-19 is a very exciting development.

There is no cure for COVID-19 and for people who are unvaccinated or for whom the vaccine does not work, there are few treatments available, and none of them are perfect.

Taken at face value, the results of the molnupiravir trials make it one of the most promising drug developments we’ve seen in the pandemic so far.

In an international trial that would have tested the drug against different variants of COVID, the drug was given to people in the early stages of infection who have one or more risk factors for serious illness.

It has been found to reduce their risk of hospitalization by 50%. Even more encouraging was the fact that none of those who received the drug died, compared to eight who received a dummy pill.

Compared to other COVID treatments, this is impressive.

Dexamethasone, the low-cost steroid that is now the standard treatment for COVID in hospital, has been shown to reduce the risk of dying from COVID by about a third.

Other antiviral drugs, the most promising to date being remdesivir, must be administered by intravenous injection. Molnupiravir is a tablet that can be taken at home.

It is also a very smart drug. Molnupiravir was in development before the start of the pandemic as a potential treatment for influenza and other viruses.

It is designed to look like a building block of RNA – the genetic material that makes up many viruses, including COVID-19.

But inside our cells, it fills in replicating copies of viruses with genetic errors, crippling them and preventing them from spreading further.

However, as with all exciting new drug developments, more data from a larger number of patients will be needed before it is clear how good this drug could be.

Data from the clinical trial has yet to be reviewed by other scientists, and the number of people participating in this trial was small – less than 400 received the drug.

The total number of drug recipients was even smaller by 14% in the treatment group compared to 7% in the placebo group.

This means that a lot of people need to be given the drug for it to have any real impact. This is not a problem, as long as the drug is affordable and safe.

Cost is an issue with newer antiviral drugs like these, although Merck (MSD in the UK) has promised to price fairly in low-income markets.

Side effects also seemed acceptable in data released so far, but drug watchdogs will want to see more information before they approve a drug like this.

Given that we still have an average of 122 deaths a day from COVID in the UK, despite high levels of vaccination, a drug like this could make a real difference.

Especially for people who are vulnerable to the disease but who cannot receive the vaccine, or who are not likely to respond strongly to it.

No surprise that the government’s ‘antiviral task force’, set up to secure new treatments for COVID for the NHS, showed early interest.