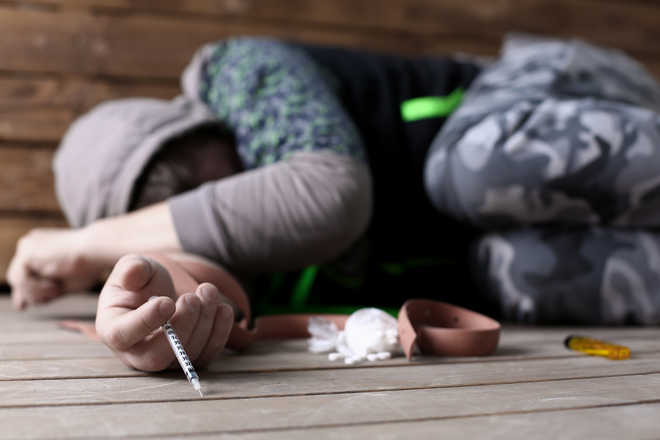 A drug addict from the locality of Muradpur committed suicide at the civilian hospital complex and another resident of the same locality died of a drug overdose in Tarn Taran on Tuesday.

The drug addict who made the extreme step to Civil Hospital has been identified as Gurpreet Singh Gopi (35). Other companions of Gurpreet who were present at the scene said that after taking medication at the OOAT center in the Civil Hospital, he felt unwell as the authorities lowered his medication dose and that he thus ended his life.

When hospital authorities learned of the incident, the police were informed and his body was kept in the morgue.

Ranjit Kaur, a relative of the deceased, and Wazir Singh, a social worker, said Gurpreet started using drugs several years ago and also robbed to support himself. Ranjit further stated that she lost her other relative, Gurditta (24), to a drug overdose. He had used drugs on Monday evening and was admitted to a private hospital where he died on Tuesday.

A number of residents of Muradpur gathered at Tanki Wala Chowk and said the drug was freely available in their locality and no action was being taken by the authorities concerned. Residents said the police were also aware of the situation.