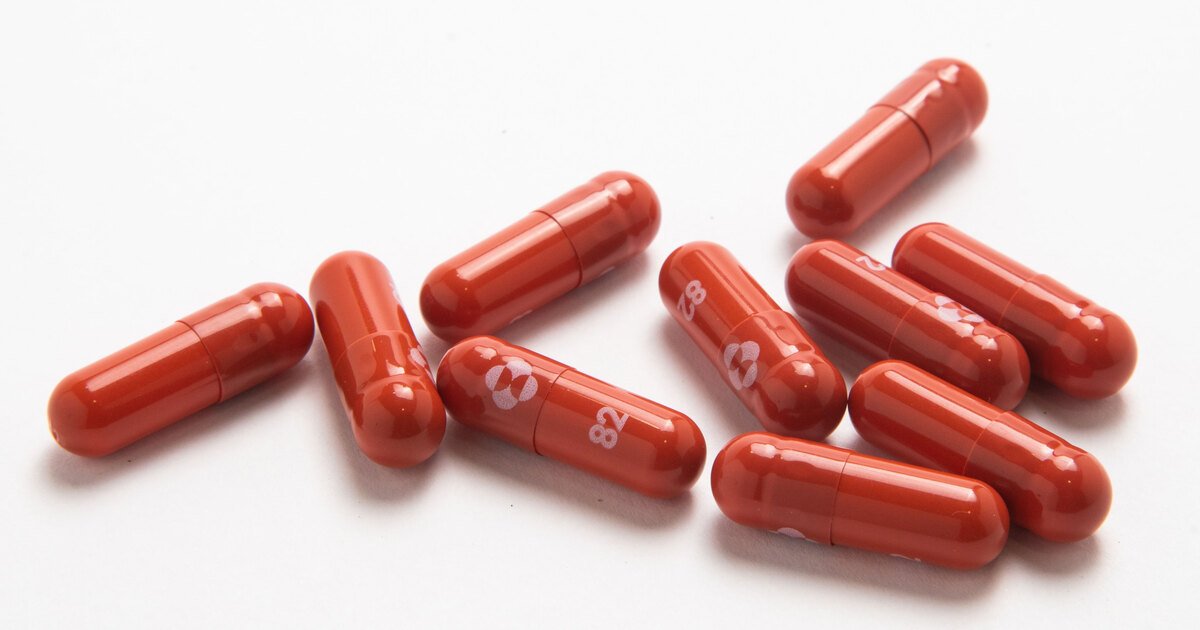 A new oral treatment reduces the risk of hospitalization and death from COVID by 50%, research shows.

The results of US-based clinical trials could herald the arrival of more accessible treatments for COVID-19.

An interim analysis of a Phase 3 trial, performed on patients with at least one underlying risk factor for poor disease outcomes, suggests that the drug reduced the chances of hospitalization by about 50%.

The company reports that 28 out of 385 (7.3%) patients required hospital treatment on day 29 after diagnosis, compared to 14.1% of those treated with placebo. No deaths were reported in patients who received molnupiravir, while eight died in the placebo group.

Peter White, professor of microbiology at UNSW, told newsGP that the results are very encouraging.

“It’s very exciting, I’ve been waiting for this since day one,” he said. ‘That’s excellent news.

“Vaccines are the best – prevention is always better than cure – but the other weapon we have are antivirals.

“What they’re going to do is reduce the symptoms. This will not cure them immediately, but it will reduce the severity of the disease.

Professor White also said that although treatment has lagged behind vaccine development, the evolution of antiviral drugs has always happened quickly.

“Vaccines are easier to manufacture than antivirals,” he said. “If we look at hepatitis C, it took about 10 years to get really good antivirals.

“It’s quick – we’ve only been in the pandemic a few years and we already have one.”

Molnupiravir treatment is being developed with a Miami-based biotechnology company Ridgeback Biotherapeutics and is designed to prevent the virus from multiplying by making mistakes in its genetic code.

All of the patients in the clinical trial were confirmed cases of COVID-19 with symptoms starting within five days of randomization of the study.

A company spokesperson said the treatment reduced risk “in all key subgroups” and the drug’s effectiveness was not affected by underlying risk factors.

Professor White said the drug would likely be part of several oral antiviral treatments for COVID-19 that will become available.

“This will be the first of a number of drugs that will target the actual viral enzyme,” he said.

“I would expect that in a few years there will be maybe 20 of these drugs and they will make a difference.”

If approved for use in Australia, Professor White said it was “absolutely” possible that general practitioners could prescribe drugs such as molnupiravir as part of the treatment of patients with COVID-19.

He also said antivirals could be used prophylactically in the event of an outbreak on a cruise ship, for example.

Merck plans to seek approval from the US Food and Drug Administration (FDA) for emergency use of molnupiravir “as soon as possible” following clinical trials. It has also signaled its intention to make requests to other regulators around the world, including Australia.

In August, the Therapeutic Goods Administration (TGA) gave the green light to MSD Australia to seek provisional registration of the treatment.

A spokesperson for MSD Australia told newsGP the company has had “productive discussions” with the federal government about molnupiravir and is “committed to making this treatment option available if registered by the TGA “.

Other clinical trials of antiviral pills designed to treat COVID-19, developed by Pfizer with a number of other pharmaceutical companies, are also underway.

Two antiviral treatments have already been approved for use in Australia, although no oral treatment has been included to date.

The TGA approved remdesivir for use last year. The use of sotrovimab, a new monoclonal antibody treatment, was approved by the TGA in August. Both are administered intravenously.

Studies suggest that sotrovimab reduces the risk of hospitalization or death by 79% in adults more likely to develop severe COVID-19. These include people over 55 with at least one comorbidity such as diabetes, obesity, chronic kidney disease, heart failure, lung disease or moderate to severe asthma.

But while studies suggest greater overall effectiveness of treatment with intravenous sotrovimab, there are concerns about its accessibility, especially in more remote areas.

On Monday, the government announced that it had increased a first order of sotrovimab for the National Medical Stock from 7,700 doses to more than 31,000, with the arrival of additional stocks expected in the coming months.

newsGP weekly poll
How did working as a GP during the pandemic affect your mental health?