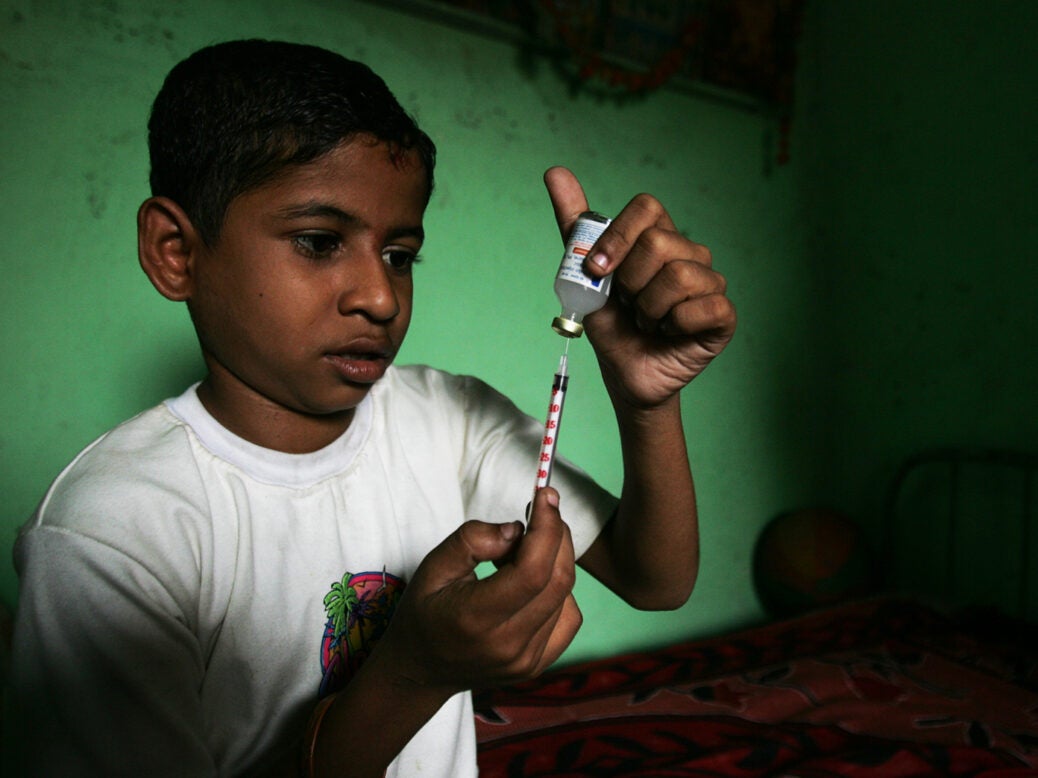 Until January 1922, diabetes was a death sentence. One hundred years ago, on January 11, 1922, a 14-year-old Canadian boy became the first diabetic to escape this fate by receiving an insulin injection. Before that, people with type 1 diabetes typically didn’t live longer than two years after diagnosis. In 1923, the research team that discovered insulin sold the patent to the University of Toronto for $1 because they wanted to keep the drug affordable for everyone.

Flash forward 100 years and the price of insulin is anything but. The prices have skyrockets: some formulations cost 1,000% more than at the turn of the 21stst century. The price of a vial of Humalog insulin was $21 in 1999; it cost $332 in 2019 and many diabetics need more than one bottle per month.

The reasons for the rising prices are complex but can be reduced to a simple fact: without insulin, diabetics die. Pharmaceutical companies that make insulin have tremendous leverage to charge whatever they want. In most developed countries, diabetics don’t pay hundreds or even thousands of dollars a month for insulin because governments regulate the price. The United States, of course, is an exception. But with 10.5% of the US population diagnosed with diabetes – a percentage that is sure to grow – the rising cost of insulin has become a political punching bag.

[See also: America and the politics of pain]

The rule of three
It seems odd that a drug invented 100 years ago exploded to the point that one in four diabetics report rationing insulin because of the cost. Yet, despite its age, insulin remains relatively difficult to manufacture. Unlike drugs such as paracetamol which are chemically derived, insulin is a biological drug extracted from living organisms. Only three pharmaceutical companies – Eli Lilly, Sanofi and Novo Nordisk – produce insulin and control 90% of the market.

This control makes it difficult for a generic drug manufacturer to come up with their own version. By the time it could bring a generic to market, the big three insulin makers would have developed a new version that is incrementally better than the old one. Because doctors naturally want to prescribe the best medicine for their patients, a company making a generic equivalent would find itself squeezed out of the market.

“Honestly, we sometimes call the big three insulin makers a cartel,” says Elizabeth Pfiester, founder and executive director of diabetes advocacy group T1 International. “They have demonstrated a behavior where they raise insulin prices on the double, and they have almost complete market dominance. They also invest large sums of money in sponsorships and patient advocacy groups, so their influence is huge.

Faced with increasing pressure to lower prices, pharmaceutical companies have started to offer cheaper formulations. Eli Lilly has announced that it will manufacture a so-called generic version of its Humalog insulin and sell it 70% cheaper, at $82.42 for an individual vial. Meanwhile, he charges the Germans an even lower price of $55 for the exact same insulin.

Melinda St Louis, director of the Medicare for All campaign at Public Citizen in Washington, DC, says giving drug companies the power to decide insulin prices leaves diabetics at their mercy. “The reality is that a lot of people fall through the cracks. What we need to do to make insulin accessible to everyone is lower prices across the board,” she says.

Systemic disease
According to a 2021 report according to the RAND Corporation, a think tank, sick Americans pay an average of 256% more for drugs than people in 32 other countries. The price gap is partly the result of the piecemeal nature of the US health insurance system, which favors large employers. Companies are only required to offer insurance to full-time employees: a waitress working 29 hours a week standing up is not eligible for coverage.

Things could always be worse. A diabetic smoker who earns just enough in Dallas, Texas to be above the poverty line and qualify for Medicaid (the government plan for the extremely poor) would be excluded from one of the plans offered under the Affordable Care Act, known as Obamacare. .

[See also: Punitive healthcare restriction for the unvaccinated is a slippery slope]

Recognizing that some people could fall through the cracks, Obamacare provided states with free money to expand their Medicaid programs. Unfortunately for the hypothetical diabetic smoker, Texas is one of several Republican-controlled states that refused to accept the money for ideological reasons. Diabetics in other red states share the same grim luck. six out of ten of US states with the highest diabetes rates have refused to expand Medicaid to provide health insurance to the poor.

Build back better, Joe
Joe Biden’s Build Back Better Act is the latest attempt to rein in drug prices. This would cap insulin prices and give the government more power to negotiate with pharmaceutical companies.

Navigation was anything but smooth for Build Back Better. He barely made it past the House of Representatives and is being held hostage in the Senate, where he needs every Democratic vote to pass. One Democratic senator who has expressed concern is Kyrsten Sinema of Arizona, who says negotiating drug prices with drug companies would mean less money for research and development, and therefore fewer innovative drugs.

However, a study 2017 revealed that the premium paid by Americans for the 20 top-selling drugs was $40 billion more than the amount spent by pharmaceutical companies on R&D. A Document from the Congressional Budget Office released in August reported that allowing negotiations could save the government 15-25% on drug costs.

In many cases, Americans end up paying twice for the same medical research. The largest public funder of drug research is the US taxpayer, through the National Institutes of Health, which spends nearly $52 billion on research. The results are then sold to pharmaceutical companies, which sell the drugs to Americans at high prices.

According to St Louis, an insulin price cap is a step in the right direction, but it is not enough. “The restraint we’re seeing from some Democratic senators is an example of the pharmaceutical industry’s outside influence on our democratic process,” she says. “Sinema has received huge campaign contributions from pharmaceutical companies who have all opposed [Build Back Better].”

Sinema, which has raised $1.1 million in campaign donations from drug companies in three months, is far from the only beneficiary of Big Pharma money. The industry is the largest spendthrift lobby group in the United States, distribute $352.8 million last year. That’s not the only way Big Pharma buys influence. This spent $6.65 billion in 2020 in advertising to convince patients to buy their drugs. It’s enough to bring five new drugs market within a year.

At the moment, negotiations on Build Back Better are continuing. Joe Manchin, a Democratic senator from West Virginia, a state where 16% of the population has diabetes, clings to the legislation because he claims it will increase the deficit and poor families will spend the extra money from drug tax credits.

It may not have occurred to him and the 50 Republican senators who oppose the bill that poor families cannot afford to wait for prescription drug prices to drop.

[See also: How chronic pain and support for Trump go together]

Rishi Sunak appears as Mr Clean, but I have his number | Bidisha