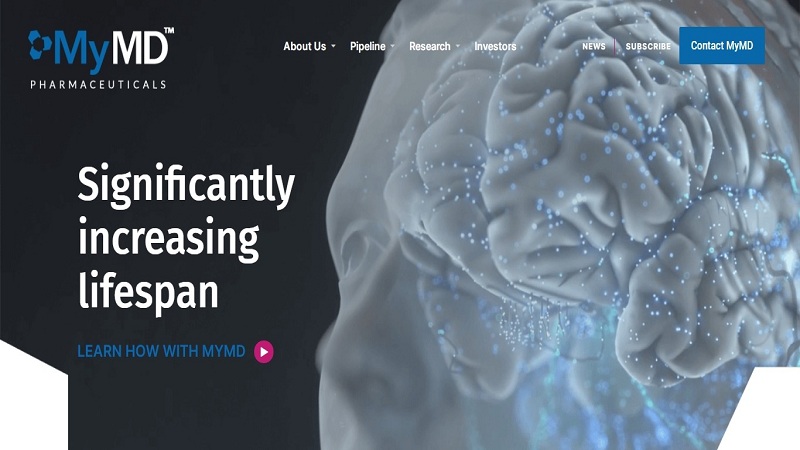 MyMD Pharmaceuticals raises $7.4 million through the sale of convertible warrants

My MD (Nasdaq: MYMD), a clinical-stage company developing drugs to slow aging and treat chronic pain, has raised $7.4 million through the sale of warrants convertible into shares at $5.25 each.

The Baltimore-based company is developing two new therapeutic platforms. One called MYMD-1 aims to delay aging, increase longevity and treat autoimmune diseases. The second, Supera-CBD, is a new synthetic version of cannabidiol (CBD) that treats chronic pain, addiction and epilepsy. While MyMD-1 is in various stages of clinical trials, Supera-CBD, which received European Patent Office approval this month, is in preclinical trials.

Yet MyMD faces financial and other challenges to advance its drug candidates. Shares of MyMD have fallen more than 20% since the company’s reverse merger with Akers Biosciences to go public in 2021, putting pressure on its drug pipeline and clinical trials. The company has a market capitalization of approximately $120 million.

The company’s drug candidates treat a range of conditions, including aging, depression, multiple sclerosis, rheumatoid arthritis, type 2 diabetes, epilepsy, chronic pain and anxiety. MYMD-1 is an oral selective inhibitor of tumor necrosis factor alpha (TNF-α), which results in chronic inflammation. It is not only considered to slow down the aging process, but also to prevent sarcopenia and frailty, and to extend healthy lifespan. A phase 2 trial is testing its efficacy in treating chronic inflammation associated with sarcopenia/frailty.

Earlier this month, the Journal of Gerontology: Biological Sciences (JGBS) published MyMD’s preclinical study, which found a four-fold increase over rapamycin in delaying aging and extending life in mice aged from more than 60 years in human equivalence.

Chapman is a drug development veteran with years overseeing clinical trials. Before being named president and chief marketing officer of MyMD at the end of 2020, he ran his own consulting company. He also served Organon Pharmaceuticals, Quintiles and Rock Creek Pharmaceuticals. Chapman’s company, Chapman Pharmaceutical Consulting, has been supporting pharmaceutical and biotechnology companies in North America, Europe, Japan, India and Africa since 1999.