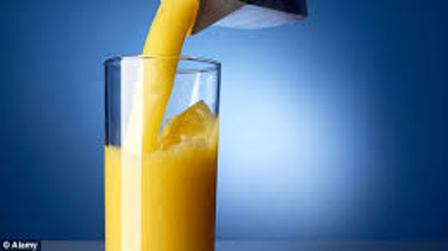 “Ulcer patients should avoid or limit the consumption of citric fruits such as lemon, orange, and grapes, among others,” he said.

Mr Turereh added: “In general, fruit juices have health benefits, but if you have an ulcer, it is not advisable to take for example orange-type fruit juice because its high acidity is not good for such a patient.”

Mr. Turreh, speaking to Ghana News Agency in Tema in an interview, explained that stomach ulcers are open sores that develop in the stomach lining.

He noted that some people who have an ulcer also have acid reflux, in some people certain foods can relax the lower part of the esophagus, known as the lower esophageal sphincter or LES.

“A relaxed LES makes it easier for acid to flow back into the esophagus and causes heartburn, indigestion, and pain.”

He mentioned some foods that can make acid reflux worse like coffee, chocolate, spicy foods, alcohol, tomatoes, and caffeine.

He pointed to the American College of Gastroenterology, an organization of doctors who specialize in the digestive tract, and said there was no specific diet someone with ulcers should follow.

He said current dietary recommendations are now based on research that certain foods may contain ingredients that fight Helicobacter pylori bacteria, a leading cause of ulcers.

Mr. Turreh said that in the majority of all cases of ulcers, the cause of the ulcers could be linked to a bacterial infection known as Helicobacter pylori (H. pylori) as well as chronic use of over-the-counter nonsteroidal anti-inflammatory drugs, such as aspirin and ibuprofen.

“If your stomach ulcer is caused by an H. pylori infection, foods high in antioxidants may be beneficial. They could help protect and activate your immune system and help fight infection. They may also help protect against stomach cancer.

“Foods like blueberries, cherries, and bell peppers are packed with antioxidant power. Leafy greens like kale and spinach contain calcium and B vitamins,” he said.

Mr. Turreh explained that broccoli contains sulforaphane, a compound that exhibits anti-H. pylori activity. Some research has shown that the fatty acids in olive oil can also help treat an H. pylori infection.

“Fermented probiotic foods have shown promise in clinical studies for the treatment of ulcers. These foods, such as miso, sauerkraut, and kimchi, can prevent reinfection.

Turmeric is also being studied as a potential treatment for ulcers. Garlic, decaffeinated green tea, and licorice complete the list of things you might want to incorporate into your diet.

He warned against overusing painkillers and taking other medications, which could irritate the stomach lining as well as the small intestine and increase the risk of ulcers.

He called on ulcer patients to seek medical attention and eat foods rich in fiber and vitamins, and not skip breakfast.