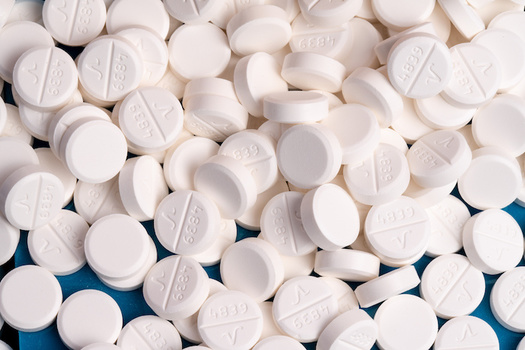 Online sales of counterfeit prescription pills containing fentanyl are on the rise, and experts say social media apps like Snapchat and TikTok are behind the surge, including in Tennessee.

Shabbir Safdar, executive director of the Partnership for Safe Medicines, said an alarming number of counterfeit pills containing fentanyl are being purchased online by teenagers and young adults.

“And in fact, in the last four years alone, we’ve tracked deaths in 19 different states of people who met a drug dealer on Snapchat and then bought a fake pill,” Safdar reported.

According to the Tennessee Department of Mental Health and Addiction Services, more than 2,000 Tennessees died of fentanyl-related drug overdoses in 2020, more than double the number in 2019.

Tennessee is one of several states that recently passed laws decriminalizing fentanyl test strips in an effort to reduce deaths. The tests work by dipping the strip in water containing dissolved medication.

Safdar noted that he thinks the strips should be legal, but pointed out that they don’t always detect fentanyl in large amounts.

“In fact, there’s a young guy in Tennessee that we’ve been describing for the past two years, who he and his friends all ordered Xanax from the dark web, and they each took a pill,” recounted Safdar. “It was only this young man’s that contained the fatal amount of fentanyl.”

Safdar pointed out that more Americans are turning to online pharmacies for acetaminophen, aspirin, blood thinners and other routine medications, but said there’s a risk in buying products from any source other than a licensed pharmacy.

“During the pandemic, as many as one in seven Americans went online to buy medication, and many of them went to these bogus Canadian pharmacy websites,” Safdar pointed out.

According to a study published in the Journal of the American Pharmacies Association, there are more than 11,000 websites based in the United States and Canada calling themselves “pharmacies” and selling drugs online.

Hundreds of Ohio teens are coming together today to bust the myths about teen substance use.

The “We Are The Majority” rally promotes the fact that most young people are drug and alcohol free.

For the past ten years, thousands of young Ohioans have gathered at the Statehouse for the rally, but it will be virtual for a third year due to COVID.

High school student Ally Sprow is a youth council member of the Ohio Youth-Led Prevention Network. She said they will specifically discuss the impact of the pandemic on teenagers.

“We’re all really struggling trying to navigate every day,” Sprow said. “So we thought it was important to talk about how we can improve our mental health, but also to let teenagers know that they are not alone and that substance abuse is not the way to handle it.”

The theme is “The Teen Experience: Own Your Power”. Sprow said it’s a testament to the ability of young people to make the changes they want to see in their lives and in the lives of their peers.

The virtual rally begins at 6 p.m. and will include regional “watch parties” held in five locations.

The Prevention Action Alliance is hosting the rally, and the alliance’s community prevention manager, Julianna Fellows, explained that this is truly a youth event, organized by teenagers from across Ohio.

“The most important thing for them is the excitement of being able to share with their peers, but also with adults,” Fellows said. “To say, ‘It’s our time now, and we’re impacting our time right now. “”

Sprow added that young Ohioans will share what the teenage experience means to them, how adults can be better allies, and what they want the future to look like.

About 8% of 12- to 17-year-olds in Ohio report having used drugs in the past month. Links to the rally and social media are online at ‘preventionactionalliance.org’

Disclosure: Prevention Action Alliance contributes to our fund for reporting on alcohol and drug abuse prevention, health issues and mental health. If you would like to help support news in the public interest, click here.

Excessive alcohol consumption contributes to more than 95,000 deaths each year, according to the Centers for Disease Control and Prevention.

“People had normal coping mechanisms such as travel, sports, seeing their friends,” Itano explained. “And when they were locked in their homes in quarantine, they really had less outlets and some of them turned to alcohol. And then that alcohol consumption skyrocketed, I saw at some of my patients, and turned into an alcohol use disorder.”

Alcohol use disorder is the medical term for alcohol dependence, which is considered a disease. Itano noted that it’s possible to have a healthy relationship with alcohol, but like with other things, the problem is using it in excess. He said the general rule is that men should limit themselves to two drinks a day and women to one a day.

Itano pointed out that alcohol use disorders have serious health consequences, including an increased risk of several types of cancers. He warned that drinking alcohol is sometimes seen as a method of self-treatment for underlying mental health issues, such as depression or anxiety.

“If you ever feel like you’re starting to go down this path where you’re drinking more alcohol than usual, or if you’re feeling more stressed, anxious, or depressed, and drinking at the same time, contact us early. , ” Itano recommended. “It’s our job here as primary care clinicians, and we’re comfortable with it and want to help.”

Given the frequency of the condition, Itano pointed out that most people know someone who has struggled with it or is still struggling. He suggested speaking to the person directly if you think there is a problem.

“I think the important thing is just to call them and have a face-to-face conversation, conveying your level of concern and that you care about them, and just what you’ve noticed and what you’re witnessed,” Itano said. “And then see what they say from there.”

Disclosure: The Kaiser Health Plan of Washington Project contributes to our fund for reports on alcohol and drug abuse prevention, health issues, hunger/diet/nutrition, and seniors’ issues . If you would like to help support news in the public interest, click here.

Kentucky lawmakers are considering a bill that would increase criminal penalties for distributing fentanyl.

But critics say the legislation will only result in people being locked up for longer periods of time and includes no measures to address the state’s overdose crisis.

House Bill 215 passed the House yesterday and is now heading to the Senate. It would require those convicted of aggravated trafficking or importing fentanyl to serve at least 85% of their sentence before being eligible for release, and would ban pre-trial diversion.

Carmen Mitchell – a criminal justice policy researcher at the Kentucky Center for Economic Policy – explained that it can be difficult in practice to tell the difference between importation and possession, and that this could lead to harsher sentences for criminals. people who use drugs but have never sold them.

“So there is a lot of discretion with the players in the system to decide what to charge people with.
depending on the context,” Mitchell said.

She said research shows that as long as demand is high, incarcerating more people for selling drugs does not reduce drug supply or make communities safer.

Under current Kentucky law, those convicted of aggravated trafficking in carfentanil, fentanyl or fentanyl derivatives can be sentenced to ten to twenty years in prison and must serve at least half of their sentence before to be able to be released.

She added that extending sentences for fentanyl can also potentially exacerbate racial disparities in the criminal justice system, pointing to a 2020 report that found that 75% of people serving federal sentences for trafficking fentanyl were people of color.

“And so we know that unfortunately, early on,” Mitchell said, “black people tend to be charged with heavier and harsher punishments like trafficking and aggravated trafficking.”

Mitchell said she thinks lawmakers should instead focus on expanding access to mental and behavioral health treatments.

“Kentucky is in the midst of a very serious overdose crisis,” Mitchell said. “We remain in the national top 10 of all states for overdose deaths, and this is a very serious problem that persists year after year.”

Across the country, drug overdoses have reached record levels. According to the National Center for Health Statistics, more than 100,000 Americans died of drug overdoses in 2021, nearly 30% more than the 78,000 deaths the previous year.

Disclosure: The Kentucky Center for Economic Policy contributes to our fund for reporting on policy and budget priorities, criminal justice, education, and social justice. If you would like to help support news in the public interest, click here.